Store it anywhere in an accessible location except of the IDE’s project folder aka the server’s deploy folder, for reasons mentioned in the answer to Uploaded image only available after refreshing the page:

It really doesn’t matter to me or anyone else where exactly on the local disk file system it will be saved, as long as you do not ever use getRealPath() method. Using that method is in any case alarming.

The path to the storage location can in turn be definied in many ways. You have to do it all by yourself. Perhaps this is where your confusion is caused because you somehow expected that the server does that all automagically. Please note that @MultipartConfig(location) does not specify the final upload destination, but the temporary storage location for the case file size exceeds memory storage threshold.

So, the path to the final storage location can be definied in either of the following ways:

Either way, you can easily reference and save the file as follows:

Or, when you want to autogenerate an unique file name to prevent users from overwriting existing files with coincidentally the same name:

Note: do not use Part#write() as it interprets the path relative to the temporary storage location defined in @MultipartConfig(location).

The ServletContext#getRealPath() is intented to convert a web content path (the path in the expanded WAR folder structure on the server’s disk file system) to an absolute disk file system path.

So, passing the "/" to getRealPath() would return you the absolute disk file system path of the /web folder of the expanded WAR file of the project. Something like /path/to/server/work/folder/some.war/ which you should be able to further use in File or FileInputStream.

Don’t ever write files in there

Also note that even though you can write new files into it using FileOutputStream, all changes (e.g. new files or edited files) will get lost whenever the WAR is redeployed; with the simple reason that all those changes are not contained in the original WAR file. So all starters who are attempting to save uploaded files in there are doing it wrong.

Moreover, getRealPath() will always return null or a completely unexpected path when the server isn’t configured to expand the WAR file into the disk file system, but instead into e.g. memory as a virtual file system.

getRealPath() is unportable; you’d better never use it

Use getRealPath() carefully. There are actually no sensible real world use cases for it. If all you actually need is to get an InputStream of the web resource, better use ServletContext#getResourceAsStream() instead, this will work regardless of the way how the WAR is expanded. So, if you for example want an InputStream of index.jsp, then do not do:

Or if you intend to obtain a list of all available web resource paths, use ServletContext#getResourcePaths() instead.

You can obtain an individual resource as URL via ServletContext#getResource(). This will return null when the resource does not exist.

Or if you intend to save an uploaded file, or create a temporary file, then see the below “See also” links. 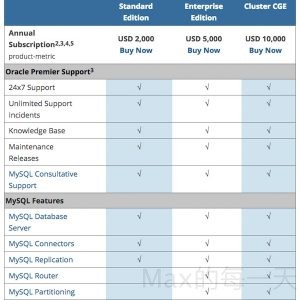 jQuery error: $.ajax is not a function